“Is it Woodstock? I mean, is it the Woodstock?” I ask the first passer-by, after parking at the crossroads, thinking and wondering if it was the correct place and if it was worth checking it out. “If you mean the festival, yes, but it was in another location”. This was very random and spontaneous, since I was traveling in New England, and was in the area exploring lakes in the upstate New York.

I am not going to pretend I knew much about it, if anything for that matter, besides “music fest”, “hippies”, “liberty”, “peace”, “love”, “bliss and all” or “sex, drugs and rock’n roll”, depending on your personal interests and preferences ) Blame it on a combination of growing up in a Soviet, then post-Soviet world, “cold front” information blockade and misinformation, traveling and living in different countries, partial ignorance, or not caring enough, or just being into my own world of hobbies, interests and passions. However, since I was already in the area, I decided to check it out and see what the fuss was all about.

“Why would a Woodstock festival still be called Woodstock, if it was in another location? And a farm, of all places? Or did I actually hear the farm?” With these thoughts on my mind I pulled into the town center.

Known as one of the most iconic and most popular music events in history, Woodstock was a several-day festival of Music and Peace, which took place in Catskills, NY in 1969. As strange as it might be, the festival became a tribute to it’s hippie culture and represented a cultural identity of the 1960s generation, which couldn’t have been more different from the values of the previous, 1950s generation, and new values and ideas that served as the ground-breaking and evolutionary stepping point for the generations that followed.

For a “hippie” town, Woodstock turned out to be rather artsy, earthy and upscale, with high-end boutiques, cute stores, art galleries, studios, flowers and lovey-dovey signs and touches noticeable everywhere. Highly unusual in these parts, or even others. Take it from someone who navigated and road tripped the USA cross-country, from CT to CA and CT to Fl, across New England, and back. And definitely with its own particular and unique character and charm, unless you see these kind of signs everywhere: “The Woodstock Notion is a Potion. Peace, Love, Music and Devotion, Tolerance is our Plan, Something Everyone can Understand”. Must be “New York values” ) I even happened to park across Woodstock Love Knot, or a heart-shaped love knot with a tear drop on top (why though? I would prefer a cheerful and smiley one, where do I vote for my option?) and an infinity symbol at its base, symbolizing eternal love between two mountain towns, Saugerties and Woodstock. Apparently, this is one of the soulmate Love Knots, with directions to each other (although I didn’t exactly get how?!), and at the same time creating a bridge and representing a cultural connection and everlasting bond between these communities.

Turns out, Woodstock has been “The It Place” for artists, bohemians and creatives way before the festival itself. It was a cultural hub and heaven for people who decided to be closer to nature, break free from “the cookie-cutter existence”, the mold, norms and patterns of “mainstream” society to fully breathe their individual values and ideas, and pursue their creativity, dreams, passions and talents. I guess its art colonies, their slogans “Do what you want to (as long as you don’t harm others)”, and respect for the “liberal others” serve as a natural proof and example.

With a close proximity to New York, just a couple of hours, no wonder why there are quite a few New Yorkers here, either relocating, having week-end homes or rentals in the area, or just visiting friends and family, or traveling. As well as plenty of New Englanders as well. And I am not going to drop any names, because why? Yes, they are impressive. Why don’t you see and experience it for yourself?

For a rather small town, there are many things to do in the area: from enjoying nature, hiking the trails, cycling, breathing through yoga, visiting it’s numerous art galleries, centers, studios and museums, and participating in their lectures, exhibitions, festivals and workshops, to shopping for unique items and antiques. Or even going on a “health binge” with a variety of choices, from organic farming, extensive vegan/vegetarian options to healthy dining. And these are just to name a few! Since it was very random, and I was in town only for a few hours, I decided to walk around, chat with some locals, visit a few galleries, studios, cafes and boutiques, and at least get a glimpse of what it is about. Not really sure how it happened, while in Woodstock…., or, may be, I was really in the moment, it seems that I decided to be with the place one on one and turned on my personal super privacy mode )

I did take a few pictures though, so here is what I found the most interesting about Woodstock. 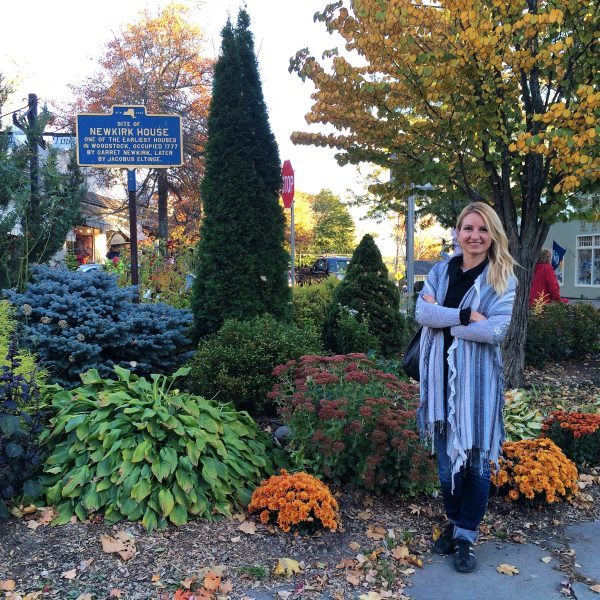 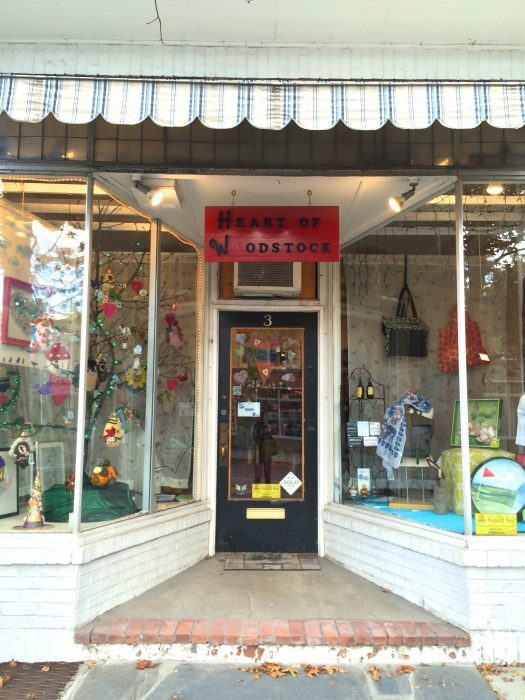 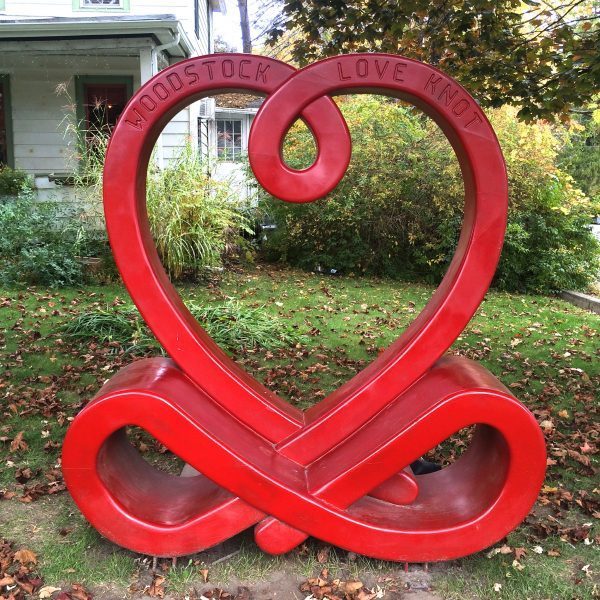 And it wouldn’t be Woodstock without soulmate Love Knots 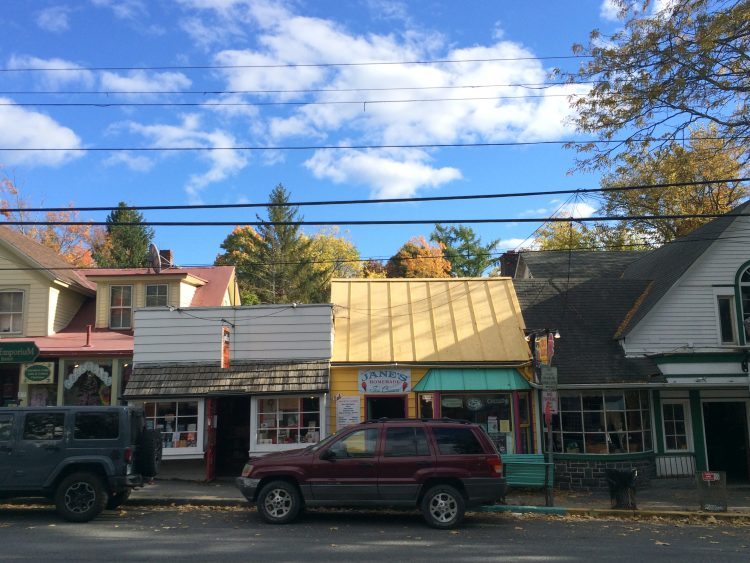 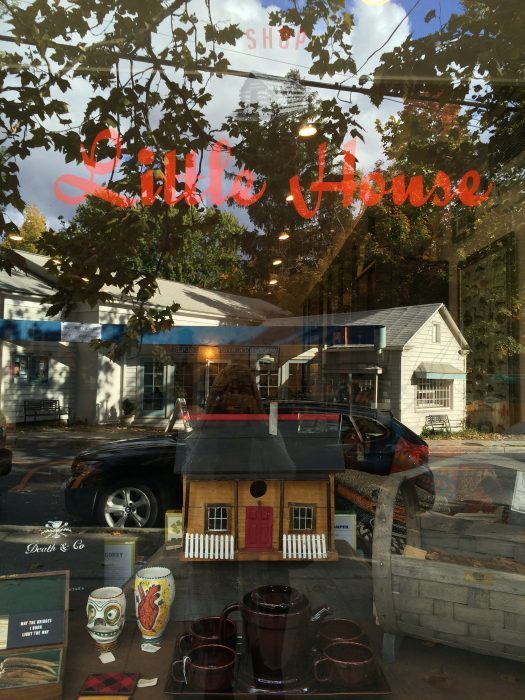 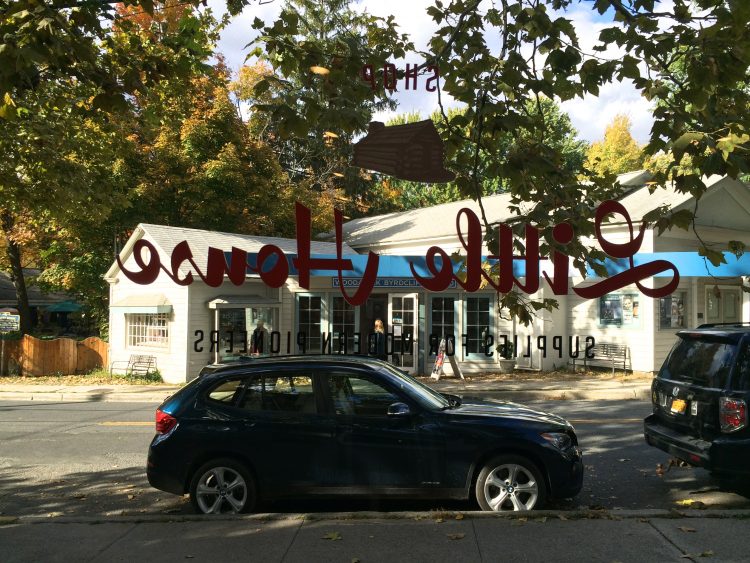 Isn’t always a matter of perspective?

Even Education Department here has a common sense, character and a sense of humor, with a slight touch of sarcasm ) 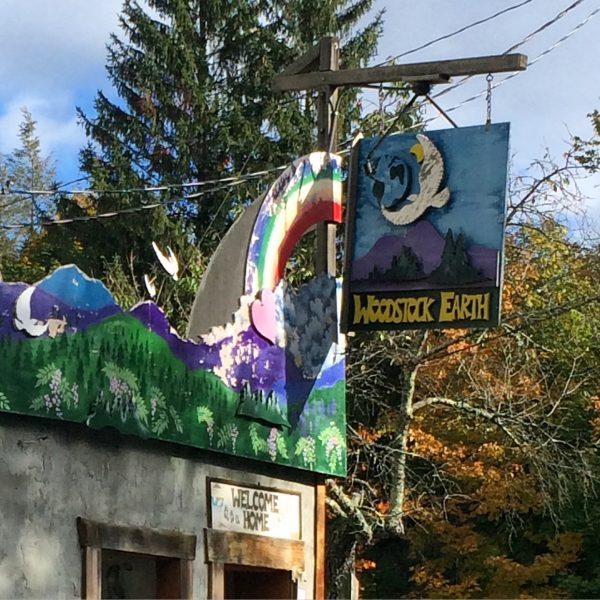 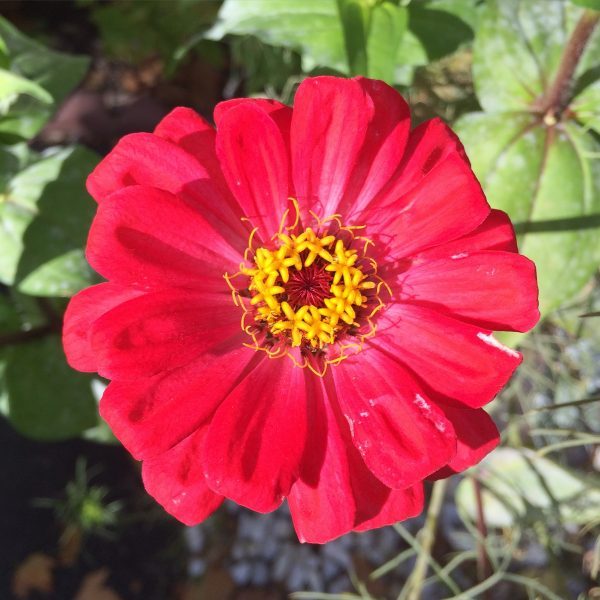 Have you heard of the actual Woodstock, and what it is about?

The post That Time I Discovered Woodstock, Sort Of appeared first on Globetrotting Girl

2 Replies to “That Time I Discovered Woodstock, Sort Of”